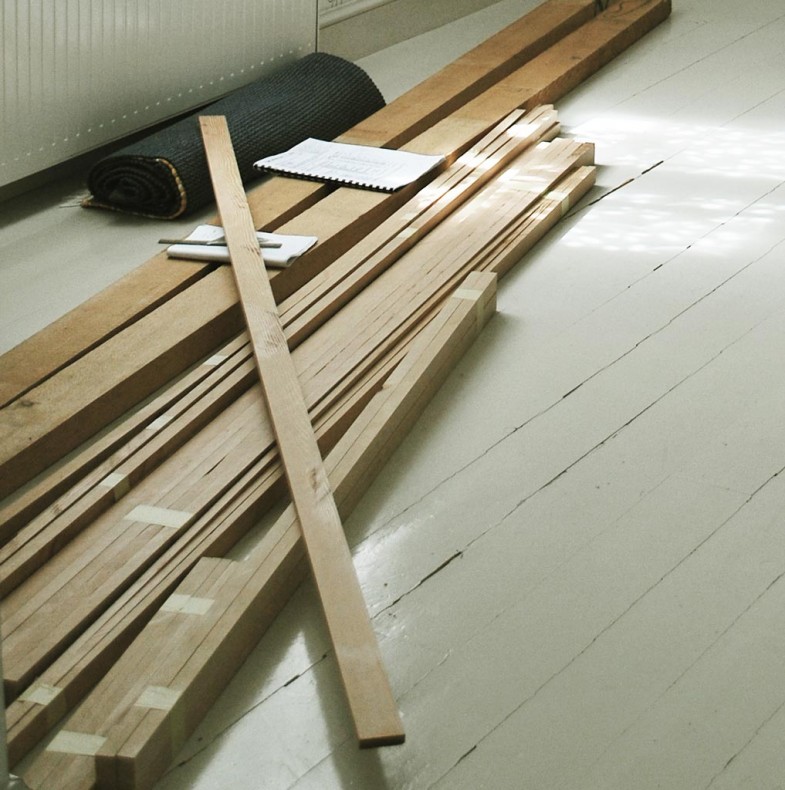 Im still missing pieces for the crossbeams: they need to be 3,81m long with cross section of 120x20mm. I have to hope a miracle on that!

Anyway, I had to use again lots of Veiko’s elbow grease to cut them in suitable battens and planks.

Thanks again Veiko and Jaanika! Your help is again appreciated a lot! 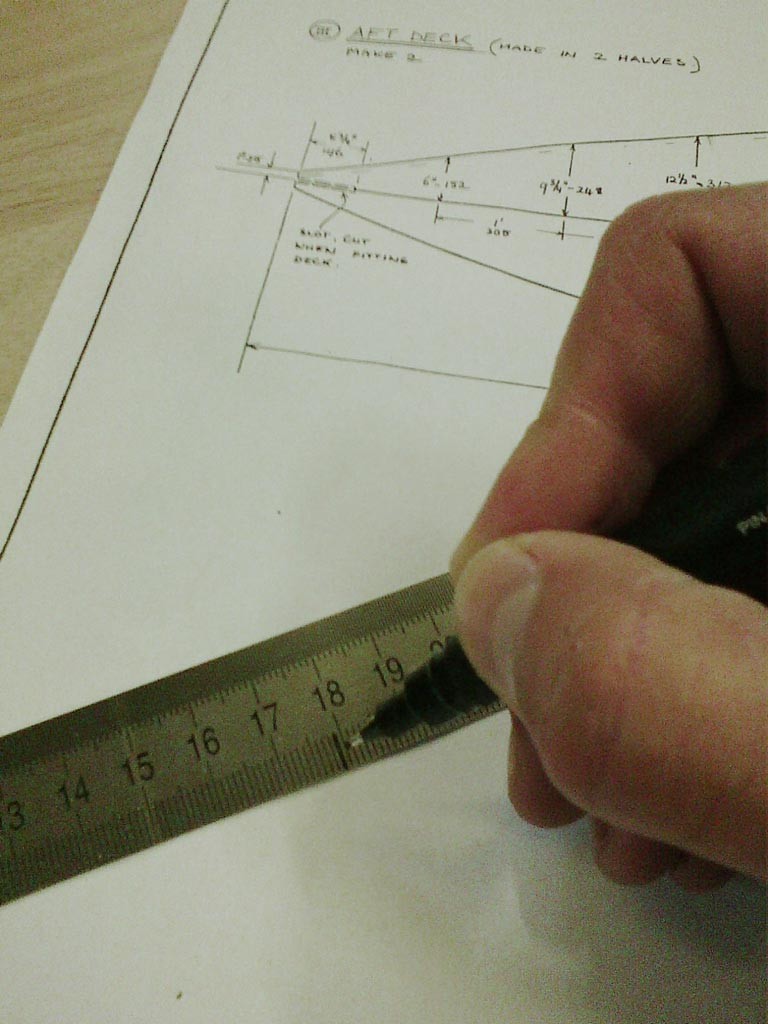 Here is little tip I used during lofting the bulkheads, broadsides etc. Check the measure from the plans, mark it on the ruler, transfer it on the wood. It frees up little bit of cache which you can use for double checking weather you mark the right measure onto the correct spot. After transferring the measure, wipe off the marker and continue with new number.

Yesterday I spend more than few hours in Veiko and Jaanika workshop, stripping the first Douglas Fir plank into the desired battens. Some few hundred straight cuts we had executed on this day. Overall everything went quite well. One plank revealed a major resin pocket, but nothing catastrophic. And yes, Douglas-Fir has a very distinctive smell and on the circular saw it throws minuscule specks, so wearing a cloves and eye protection is a good idea if you have a habit to stare the process in close hand.

Despite the fact that almost a half of Estonia’s territory is covered with forest, it is pretty much impossible to acquire locally grown timber decent enough to be suitable for boat building. Baltic pine for example. No there aint any, at least in lumber yards Im aware of.

I do not know where they hide it, but as I strolled through several lumber yards I still ended up empty handed. If the planks happened to be dry enough and with dense grain they were littered with dozens of knots. So I had to turn my gaze into direction of imported timber. Douglas-Fir particularly, from Mass AS.

Douglas-Fir (Pseudotsuga menziesii), also known as Oregon pine is not boat building wood in traditional sense due its low-medium rot resistance and vulnerability to insect attacks. But what it makes more than a suitable material for epoxy stitch-and-glue is its high strength to weight ratio. Also Douglas-Fir is easily workable.

Just by side note I have to mention that in the wooden boat building forums there is lots of confusing fuzz going on around timbers like Douglas Fir. There is bunch of wide jaw bawl by the coalition of traditional boat builders stating that Douglas Fir is actually mere firewood, and not suitable for boat building. Just ignore this, because those fellows do not acknowledge the fact that in stitch and glue method all the wood will be sealed with epoxy.