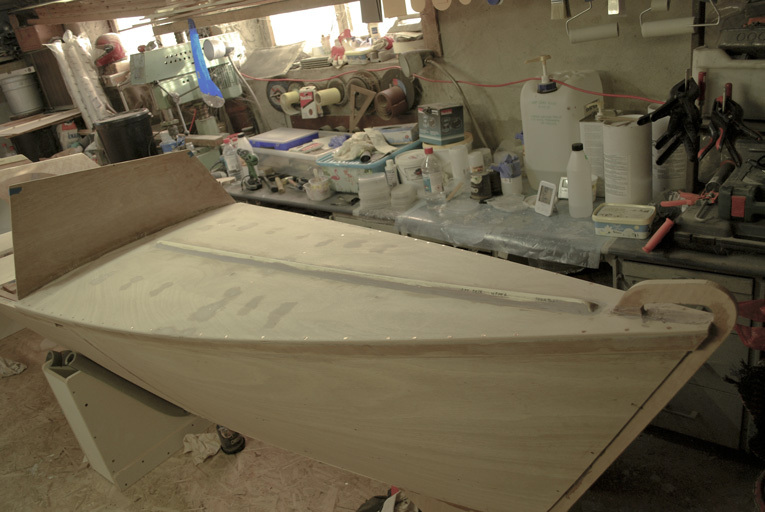 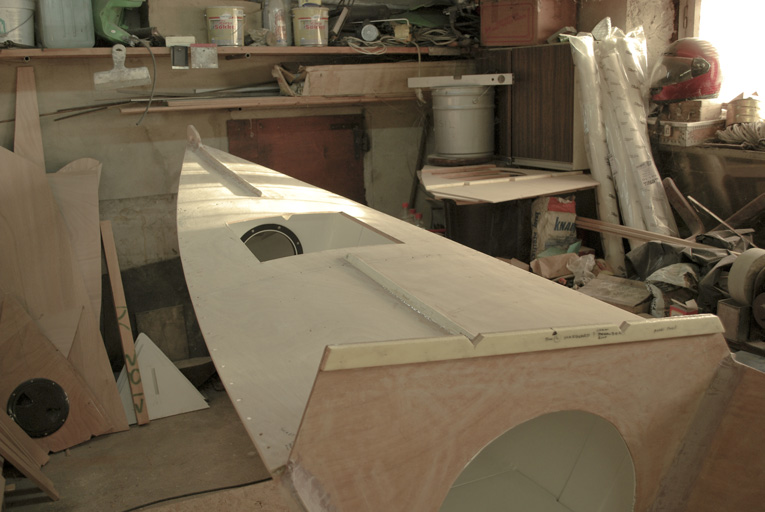 So before stinging cold from Russia struck… I managed to glue fore deck as well. Aft deck was done already in November.
Now both of them are glued, trimmed back and rounded, ready for next phase.

During nighttime it drops down to -20 Celsius outside and it takes too much effort to heat garage sufficiently for epoxy work, so I spend some therapeutic hours shaping and smoothing rudder blades. Hopefully there will be soon some nice warm lows dispatched from North Atlantic so I could resume to gluing work, which means attaching the cabin sides and top, small round fillets for deck stringers, fillets for holes left by temporary screws I used occasionally during deck works. 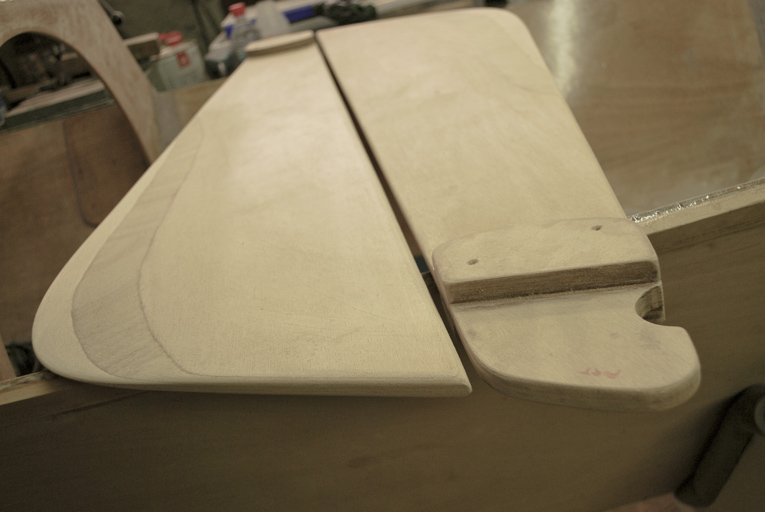