So… second hull got stitched up and yesterday I made some nice fillets for keel & bulkheads for 2 sections… I think its time to talk about little variations and changes I have made and plan to make into workflow, just to make whole process a little bit smoother and less time consuming.

Those modifications seem rather irrelevant, but again, when most of the (epoxy related) works are carried on by single person, then every little nuance start to play important role, especially those that help to reach results easier and faster. 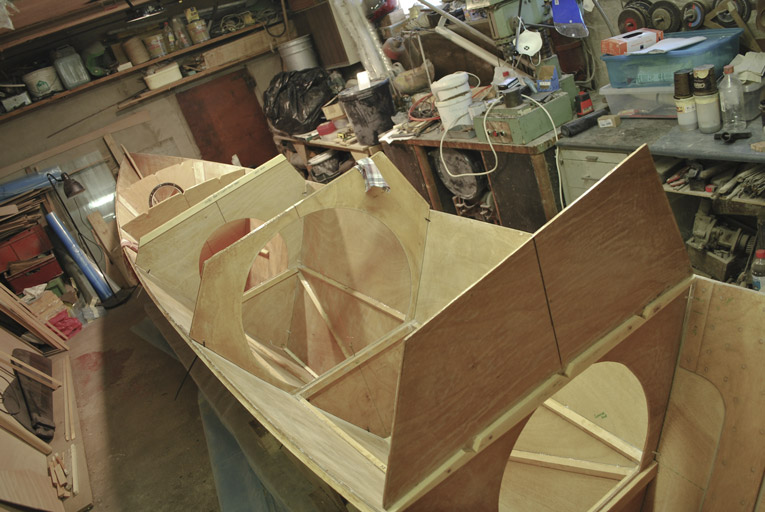 Port hull, all stitched up, with glued sheer stringers and additional bunk bearers. 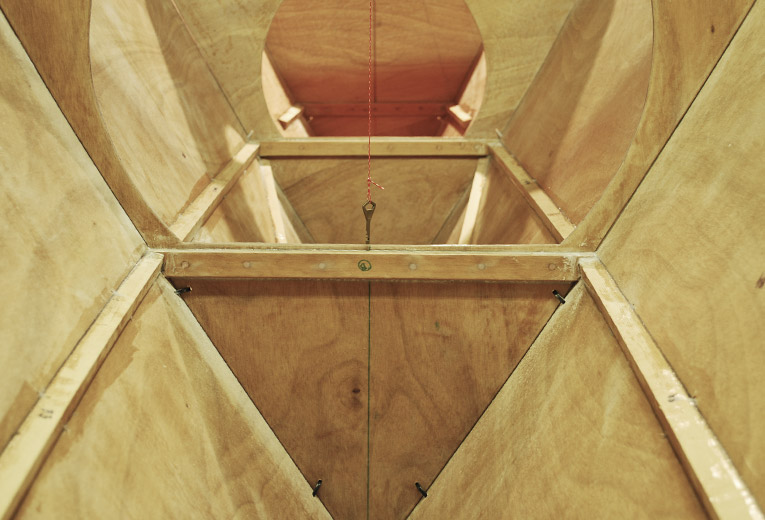 A key for levelling the hull.